Something has been seriously bothering my spirit. For those of you who don’t know, when my spirit is bothered, I feel the need to express myself. Sometimes it comes out nicely, other times it just comes out. We shall see how this one goes.

END_OF_DOCUMENT_TOKEN_TO_BE_REPLACED

About 3 months ago, I happened into the world of New Adult Romance through Punk 57. After reading such a magnificent piece of work, and getting over my initial shock of realizing it was not a YA Fiction, I vowed to explore this genre more and find more books like Punk 57. 21 books later (Okay, more like 50 something books later), I have come to many realizations, the main ones being Punk 57 is more or less a one of a kind and quite a few New Adult authors enjoy pseudo-abusive men. I’m not judging.

I just found very little material that didn’t star a semi-abusive alpha male. This is the reason for the following letter. Ella Maise was the first author I read that had males with alpha personalities who inflicted absolutely no emotional, physical or mental abuse. Yeah, I know, I was shocked too. Without further ado, this is my open letter to Ella Maise and all authors like her. END_OF_DOCUMENT_TOKEN_TO_BE_REPLACED

Greetings Book friends and peoples! I was tagged in a book tag by Ellyn and now I feel like a cool kid, thanks girl! There are rules to this tag, and we know I follow those well! 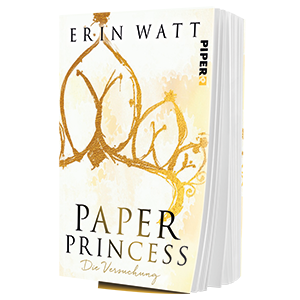 CONFESSION
I must confess that there were about 3 years in my life, where I could only buy a couple books at the end of every year and I did so by perusing NYTBS list. I did this because:
1. Broke was life.
2. I was reading significantly less, so my hand was not on the book pulse.
3. I did not actually know HOW to adequately use my Goodreads.
I used to get so excited about my book choices and would wait impatiently for them to arrive, but the end-result would ALWAYS be the same. Out of 2 books, I would hate 1 book and love the other. If I got more than 2 books I would only love 1 of the books I bought. For some reason though, I continued to do this for 3 years.

REALIZATION
At some point, I came to the realization that TNYTBS list is ONLY about how many people have bought this book.

It literally means NOTHING ELSE. Before you ask what I thought it meant, I don’t know! I just know I read one book that was getting rave reviews (something else I no longer care about), it’s called All the Light We Can Not See. Everyone was going crazy talking about how great it is in the reviews and I believe it was number 2 on the list. Imagine my disappointment when I read this dang book and felt nothing. I literally put it down and thought to myself

Then, I finally got an epiphany! I need to stop shopping on that list because I don’t actually care to buy a book JUST BECAUSE EVERYONE ELSE BOUGHT IT. The reason this list and those who pump this list irk my soul now is because it isn’t actually indicative of anything other than consumer patterns. There are books that a slew of people will say are bad and so many people will go and buy it just to see how bad it is, and because of this BOOM Best Seller. There are also some books that are good and words gets around and BOOM Best Seller. I am not telling anyone what to do with their pocket change. I just had to get this off my chest because I want those who haven’t reached my realization to get to it sooner than later. We make that list, it doesn’t make us. So why are we breaking our necks to buy books because it’s on the 2017 NYTBS List?

All Opinions are welcome on this rant/subject