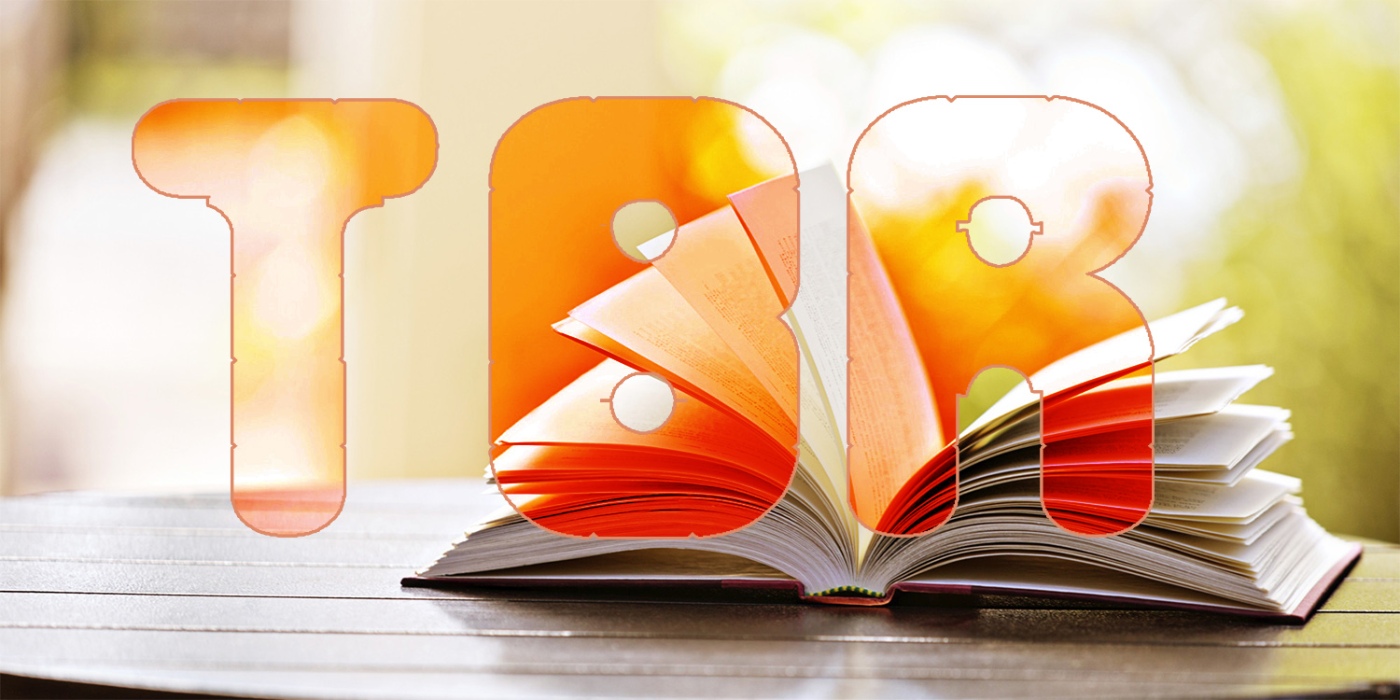 He took me in when I had nowhere else to go.

He doesn’t use me, hurt me, or forget about me. He doesn’t treat me like I’m nothing, take me for granted, or make me feel unsafe.

He remembers me, laughs with me, and looks at me. He listens to me, protects me, and sees me. I can feel his eyes on me over the breakfast table, and my heart pumps so hard when I hear him pull in the driveway after work.

I have to stop this. It can’t happen.

My sister once told me there are no good men, and if you find one, he’s probably unavailable.

Only Pike Lawson isn’t the unavailable one.

I took her in, because I thought I was helping.

She’d cook a few meals and clean up a little. It was an easy arrangement.

As the days go by, though, it’s becoming anything but easy. I have to stop my mind from drifting to her and stop holding my breath every time I bump into her in the house. I can’t touch her, and I shouldn’t want to.

The more I find my path crossing hers, though, the more she’s becoming a part of me.

But we’re not free to give into this. She’s nineteen, and I’m thirty-eight.

And her boyfriend’s father.

Unfortunately, they both just moved into my house.

*BIRTHDAY GIRL is a stand-alone, contemporary romance suitable for ages 18+.

Jordan is working at a bar, and Pike comes in to meet friends.

“What the hell is she wearing?” I grumble, sliding into the booth.

Dutch turns his head toward me, his drink inches from his lips. “It’s the lingerie show,” he tells me. “They have it every Thursday night. The bartenders and servers don nighties or corsets and serve drinks and food. It’s fun.”

But I look around and see a few other ladies carrying out appetizers and bringing drinks, some of them in very thin attire. At least Jordan’s corset looks as thin as armor.

“But Jordan’s never done it before,” he goes on. “That’s what shocked me. Thought you should know.”

“Why the fuck would I want to know?” I pull a beer out of the ice bucket on the table.

“Yeah, sorry.” He turns away, mumbling into his glass, “You seem like you couldn’t care less.”

I shoot him a sideways look, hearing the laughter in his words.

Sticking the beer back in the bucket, untouched, I rise and head to the bar. I hear a snort behind me, but I don’t care. She’s kind of my responsibility, and I don’t want her doing things like this, because she thinks she needs money.

There’s only one bartender besides Jordan. The owner, Shel. I’m sure she hasn’t forgotten me, so I veer to the opposite end and catch Jordan’s attention as she pops the tops from a line of six bottles of beer.

“What the hell are you wearing?” I lean in, speaking as quietly as I can.

She jerks her head toward me, meets my eyes, and quickly turns away again like I’m the last person she wants to deal with right now.

She hands over the beers, collects the cash and spins around, punching the screen in front of her. “It’s fine,” she assures me. “It’s just a corset, Pike.”

“They are all looking at you.”

“Jordan,” I sigh, trying to whisper as I squeeze around some old dude at the bar. “This is a small town. What if your father were to walk in?”

“He doesn’t come in here,” she says, closing the register drawer and finally looking at me. “And neither do you, normally.” A blush crosses her cheeks. “Besides, I’m not stupid. I wouldn’t take part in something I thought would humiliate me.”

She turns and hands the change back to the customer, but he waves her off, letting her keep it. She smiles and turns back around, dropping the bills into an already overflowing canister.

“What are you even doing here?” she says, starting to mix another drink. “I thought you were sitting the bachelor party out, because…” She sets the bottle down and does air quotes as she imitates my growling voice, “‘there needed to be at least one sober person at work tomorrow’.”

I arch a brow at her. I don’t sound like that.

Reaching into my pocket, I pull out the flyer and push it over the bar at her.

She stills, and her face goes ashen. “Where did you find that?”

She grabs it and dumps it somewhere under her. To a trash can probably.

Taking a napkin, she sets it in front of a customer and gives him the fresh drink she just made.

And she stops, slowly turning her eyes on me. Her gaze sharpens, angry, and she looks like she wants to yell at me, but she doesn’t. Instead she whips around and barrels down the bar and through the partition, turning only enough to crook a finger at me before she twirls back around and heads down the hallway.

My stomach sinks. I really don’t mean to piss her off as much as I do. What did I say now?

Veering through the crowd, I make my way down the empty hallway, finally coming to the same room she was crying in when I pissed her off the last time.

Entering through the open door, I see her standing with her hands on her hips and her head cocked at me.

“I would rather eat from a dumpster than take money from you,” she bites out.

I should shut up. But God help me, I can’t. “Hate to break it to you, but you already do,” I tell her. “You live in a house where you pay no rent or utilities, young lady.”

“I cook and clean for you!” she shouts, but I doubt anyone can hear us back here and through the music. “I pay my way, you arrogant prick!”

“Alright, alright,” I growl, blinking long and hard. “You’re right, okay? But, Jordan, men will get ideas. They’ll think they have a free pass and they can touch what belongs to my son. You’re embarrassing him.”

“Your son?” she mocks, laughing. “Well, you just missed him, actually. He already saw me, and he doesn’t care, Pike. He thought I looked good, and then he left with his friends. He doesn’t care!”

The words are out of my mouth before I can stop them, and I freeze, almost too afraid to breathe.

Oh, shit. What did I just say? 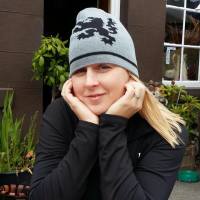 Penelope Douglas is a New York Times, USA Today, and Wall Street Journal bestselling author. Her books have been translated into thirteen languages and include The Fall Away Series, The Devil’s Night Series, and the standalones, Misconduct, Punk 57, and now Birthday Girl. Please look for Kill Switch (Devil’s Night #3), coming later this year, and the standalone, Motel, coming in 2019.

She lives in Las Vegas with her husband and their daughter.

This is me, posting about #poetrymonth at the end of the month because @blkemilydickinson and @enolarayne just told me about it yesterday. I'm sure they said it before yesterday...but they told me...YESTERDAY. I loved this collection of poems because they were deeply rooted in womanhood and black womanhood. As a sporadic visitor of poetry, this is not an combination I see often which made it very refreshing. My favorite poem went something like this: All that your ancestors had to go through for you to be here and you doubt yourself? How dare you? You come from a legacy of survival that must never be questioned I wish I could say more about each poem, but I am legitimately trash at reviewing poetry and I have been since the days I was graded for them.🤷🏿‍♀️
I did say I was going to read less heavy books this month. It has been half of a success, more successful than me posting more often anyway 🤷🏿‍♀️. The emoji was me the whole time I read this beautifully penned and illustrated book. Every lover of books should get this book just to 100% guarantee they are not the only ones who wonder why life is so short and how God expects us to read all our books when we don't live forever!
#currentlyreading I have actually been reading this book since the 10th. I don't know who I am right now. #sendhelp anywho, what are you reading? Tell me all the good stuff!
Good Morning! My 4th book of the year is #set by @msalexhouse Ms. House is honestly amazing and if you haven't found her yet, this is your chance to hop on board. #QOTD what are you currently reading?
A new year brings a new reading goal, new plans, and a clean slate. Since I am a mood reader, I am now working on keeping my tbr low so I can follow through on my #20for20challenge as well as tackling my backlist. This low physical tbr also allows me more freedom depending on how well my reading month goes. What are some of your reading goals this year? Do you have any #bookstagram goals?
Today has been unexpectedly wonderful. When I was younger, I hated my birthday. I would wait all day to hear from one person and it would never happen. The older I get the more I am realizing that person does not matter and matters less as the years go by. I am grateful for everyone who made me feel happy, noticed, and celebrated. As I enter my 29th chapter, I am thankful for everyone on my list and in my life. #happybirthdaytome #29on29th #fuckitup #flowerpower #freshflowers #happyreader