Monday is honestly the best day of the week. I mean honestly, what other day do you have to praise your man crush? Okay, Every day, but it doesn’t have a nice ring to it when you say “Daily Man Crush” like it doe when you say Man Crush Monday…speaking of a Man Crush Monday, Shall we Discuss Grey Worm? 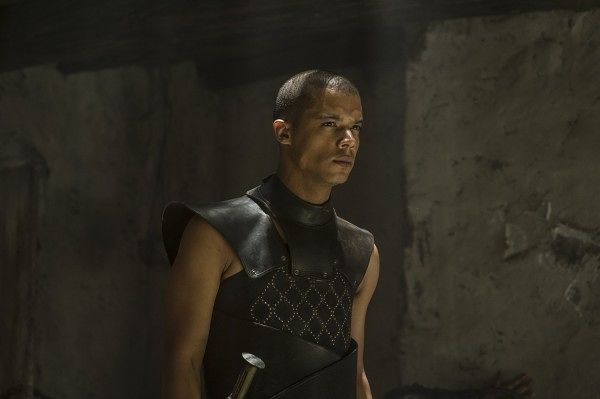 Occupation: Commander of the Unsullied

What makes him attractive:
I know, who the hell would have a man crush named Grey Worm… What have I told you about judging me? Before you try to fight me because you read the books and aware there is a difference between the Grey Worm I am about to discuss and the Grey Worm in the book, let me just say

Grey worm in A Storm of Swords is far less interesting than Grey Worm in the show, so I am going to discuss Grey Worm from the show…because I do what I want! I love a stoic, silent, strong man. I think the thing that attracts me the most is the mentality of “Nothing matters but accomplishing the task at hand.” Grey Worm is aware that he has a high position and a great job to accomplish and he works hard to do so. I also find it very romantic that while he is stoic, he is a bit more emotional around Missandei (Yes, I know she is supposed to be ten but why don’t you go talk to Stephanie Meyers about her perversion and leave me with mine?) I think my book boos mostly have this issue with making a bridge between their emotions and their logic and grey Worm is no different, but he is most attractive when he can connect these two aspects of himself?

Have you chosen a literary MCM for this week? Who is it and why?